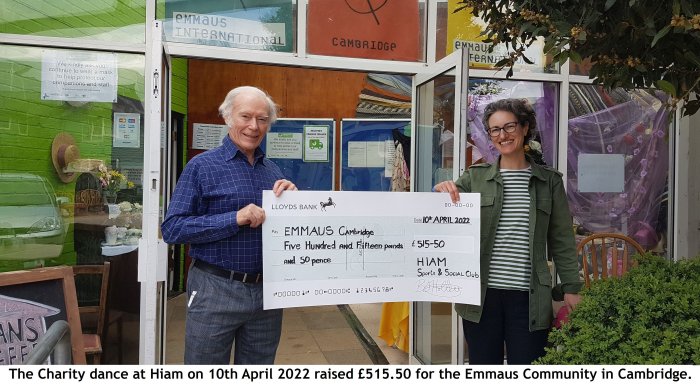 The dance raised £515.50 for Emmaus. Photo above shows Louisa Matheson of Emmaus receiving the cheque from Brian Holley, treasurer of Hiam. 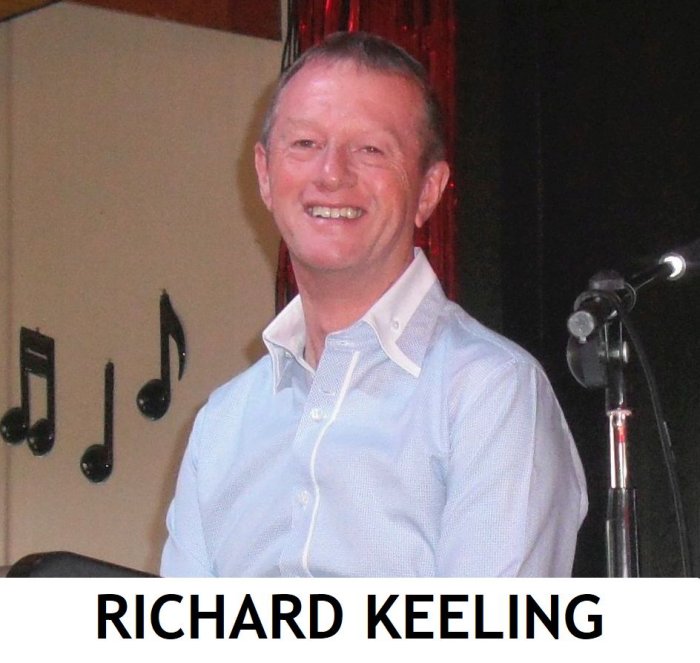 The Emmaus community was founded in Paris in 1949 by Father Henri-Antoine Grouès, better known as Abbé Pierre. He was an MP, Catholic priest and former member of the French Resistance who fought to provide homes for those who lived on the streets of Paris.

One night, a man called Georges was brought to Abbé Pierre after a failed suicide attempt. Georges had been released after 20 years in prison, only to find his family unable to cope with his return home, leaving him with nowhere to go.

He turned to the Abbé for help, but instead Abbé Pierre asked Georges to help him, building houses for the homeless mothers who came looking for his support.

Georges became the first Emmaus companion, living with Abbé Pierre and helping him to build temporary homes for those in need, first in the priest’s own garden, then wherever land could be bought or scrounged…. (continued on Emmaus website https://emmaus.org.uk)