When one recollects childhood memories, invariably there are many that standout. For me – growing up in Little Downham – these included my first day at Feofee’s primary school, the tragic death of Susan Cockerton (Susan and my Auntie Steph used to babysit me) in April, 1968, a little shop forever frozen in time called ‘Lofts’, making houses out of straw bales in the field bordering on our house (sorry Mr. Parsons!), fishing down the “Hurst” and the giant hydrogen-filled balloon that drifted over our primary school in September, 1970.

I was recently researching old Ely Standard news via microfiche at Ely library when I came across the original story. Here is that story. I am sure many people who attended Feofees in 1970 will remember this day. 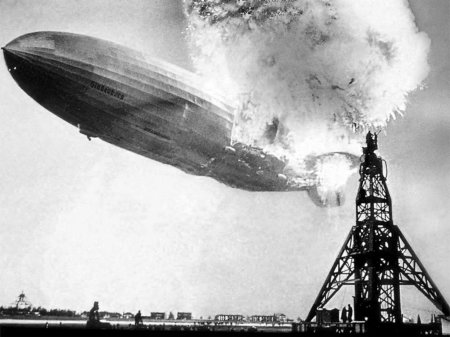 A Hydrogen Balloon – probably not like the one in this article

Local people first on the scene when a huge hydrogen filled balloon drifted to a stop in electricity cables at Second-drove, Little Downham on Thursday at first thought that a man or men could have been in the platform being dragged behind.

The balloon, used for parachute jumping training, escaped from RAF Weston-on-the-Green in Oxfordshire earlier that morning.

In the parachute tray was a crash helmet and a parachute.

But an RAF spokesman at RAF Abingdon confirmed that while the balloon had been in use at the time of it’s escape no one was actually in the tray at the time.

It was spotted by people living in the Ely-Littleport-Little Downham area. It touched down on the railway line, bounced off and finally came to rest, the bottom of the balloon dragging in a celery patch beside an unoccupied cottage.

When it hit the electricity cables there was smoke, a flash and a bang.

The balloon became thoroughly entangled with the cables.

Eastern Electricity Board, Police and Fire personnel stood by while RAF men – who had arrived from their Berkshire base by helicopter which touched down in a nearby stubble field – dragged the balloon away from the cables.

A valve had come out and the balloon was partially deflated. An emergency ripcord was pulled to release the remaining gas.

Electricity to some of the scattered farm cottages nearby was cut off.

There was no danger of an explosion said a senior RAF officer. If the cable had cut the fabric of the balloon on impact and hydrogen had come into contact with a live wire there might have been a fire, but no explosion.

A spokesman at RAF Abingdon said later, ‘The balloon came adrift at about 7.30am’ – it touched down at Second drove about two hours later after a 75-mile flight across the country.

‘We have no idea how it broke free. A board of Enquiry will be set up,’ said the spokesman.