When one recollects childhood memories, invariably there are many that standout. For me – growing up in Little Downham – these included my first day at Feofee’s primary school, the tragic death of Susan Cockerton (Susan and my Auntie Steph used to babysit me) in April, 1968, the ‘giant hydrogen-filled balloon’ that drifted over our primary school in August, 1970, making houses out of straw bales in the field bordering on our house (sorry Mr. Parsons!), fishing down the ‘Hurst’ and a little shop forever frozen in time. That shop was ‘Lofts’.

‘Lofts’ closed sometime in the late 80s. It was a childhood memory that had not – physically – changed since my earliest visits on the way to primary school in the late 60s. Truth is, it probably hadn’t changed that much from the day it opened in the early 1900s!

Loft’s was a small dark foreboding place lost in the modern world; an amalgam of Royston Vasey’s ‘local’ shop in The League Of Gentlemen and Arkwright’s store in Open All Hours. But to a child in the late 60s and early 70s that lived east of St. Leonard’s Church it was first stop (we were to lazy to walk to ‘Barlows’ or ‘Proctors’) on the way to school or the ‘field’ (playing field), you see, the shop had a lot of sweets, in the big front window and the jars on the back wall, it also had Corona fizzy and Lyon’s ice lollies. What more could a kid wish for?

Loft’s was an amalgam of Royston Vasey’s local shop in The League Of Gentlemen and Arkwright’s store in Open All Hours. 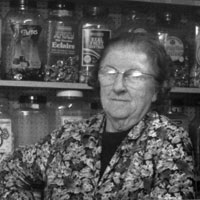 shut); you would tell Mrs. Hillen you wanted some sweets and ceremoniously

she would open the sliding doors. As a 7 year old with a thrupenny bit in hand I would ask what I could get for my money and then reach into the big shopfront window and choose with the watchful eye of Mrs. Hillen ever vigilant.

The store was from a long-forgotten age that allowed locals to run a ‘tab’ for groceries as long as you paid up on payday. Sure there was the occasional damp packet of crisps or biscuits and the chocolate in the front window did melt on a hot day but overall I had fond memories.

The shop was handed down to Mrs. Hillen (maiden name Lofts) from her Father, Ben Lofts, a man who I have very little memory of.

The shop served me and my friends very well during our primary school life and the long summer holidays of the early 70s when we spent most of the time either fishing at the ‘Hurst’ or playing tennis, football and cricket up the ‘field’.

Popular treats back then were a ‘¼’ of loose sherbet, pineapple chunks or pear drops.

Popular treats back then were a ‘¼’ of loose sherbet, pineapple chunks or pear drops. When playing tennis down the ‘field’ a bottle of corona cherryade done the trick, making sure to return the bottle the 10p deposit. Ice lollies were popular also: Zoom, Fab (a girl’s lollie, but tasted great) and the big ice popsicles. You could walk down the street with a sweet cigarette in your mouth imitating the adults and laughing when some old geezer thought you had a real ‘fag’ in your mouth.

The store was never over-busy as new shops such as ‘Barlows’ and ‘Proctors’ at the other end of the village had arrived as housing in the village grew. But it did have a loyal following of older ‘true’ locals and served the children well who walked to school from Lawn Lane and Ely Road.

I took the following photographs in the late 80s, it was something I had wanted to do for years but hadn’t the courage to ask.

These could possibly be the only photos that exist of the shop’s interior. I hope I am wrong as I would really like to see earlier shots of Ben Lofts. If anyone has any that I can scan please get in touch. 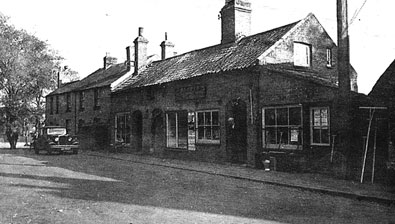 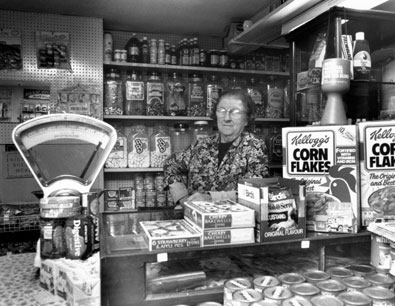 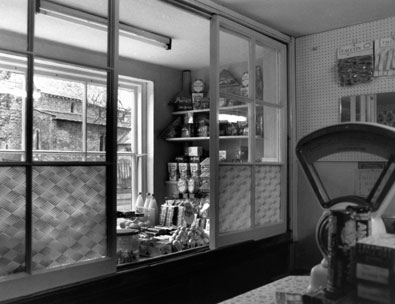 (above) The gateway to nirvana. 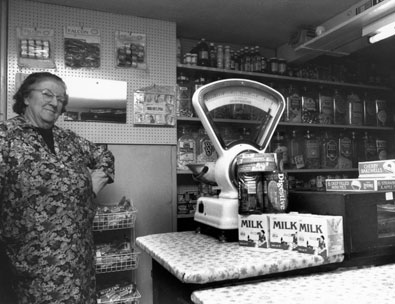 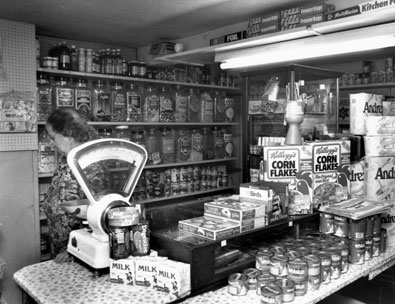 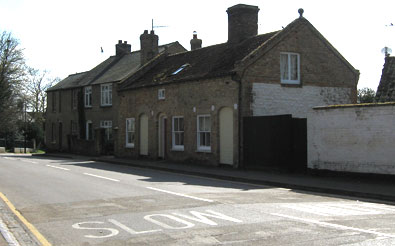 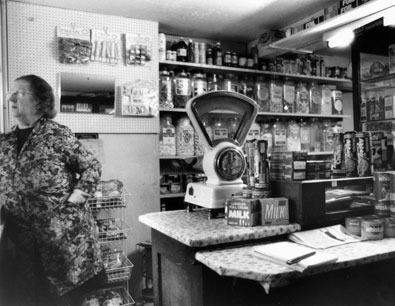 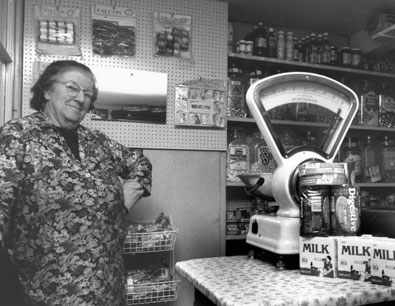 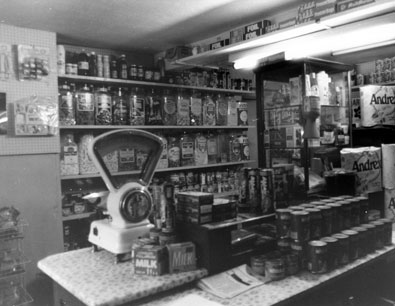 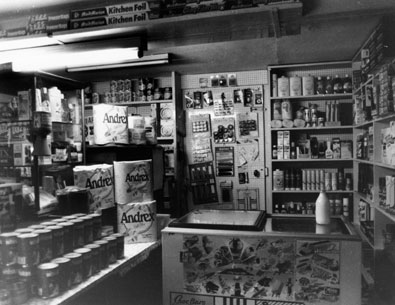 (above) The ice cream refrigerator. 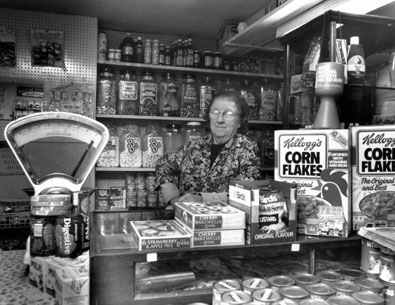