You are here: Home / What's On / Ely Cathedral To Host Concert By Award-Winning Pianist 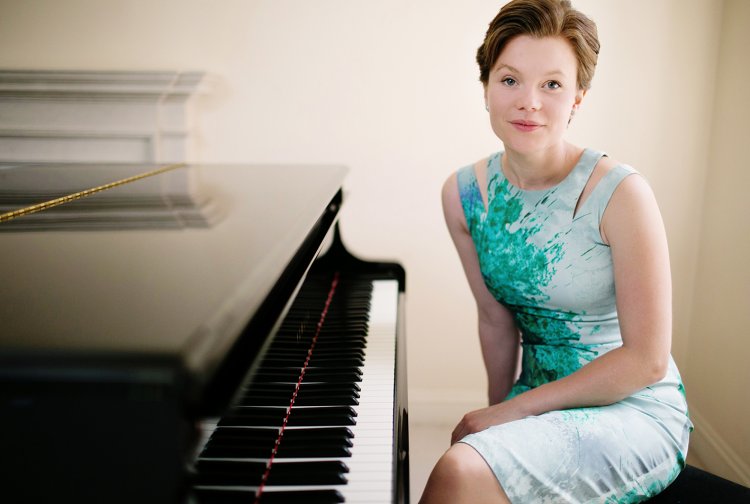 The Isle of Ely Arts Festival

Royal Philharmonic Society’s 2016 Young Artist of the Year, Clare Hammond, to play concert of music dedicated to Flora and Fauna.

One of the UK’s most talented young pianists comes to Ely Cathedral on Friday 6th July to play a colourful and inspired concert in aid of the Isle of Ely Arts Festival.

A local musician with a double first class honours in music from Cambridge University, Clare Hammond is in great demand both as a soloist and chamber musician.

She is acclaimed as a pianist of “amazing power and panache” (The Telegraph), and has a “reputation for brilliantly imaginative concert programmes” (BBC Music Magazine, ‘Rising Star’).

In 2016, she won the Royal Philharmonic Society’s ‘Young Artist Award’ in recognition of outstanding achievements.

Her colourful musical journey on 6th July is inspired by this year’s Isle of Ely Arts Festival theme of Flora and Fauna.

The whimsical programme will include the Presto from Mendelssohn’s The Bee’s Wedding, Rimsky-Korsakov’s The Flight of the Bumble-Bee, and Ewan Campbell’s Flight of the Killer Bee, as well as Four Impromptus by Schubert, Edmund Finnis’s Youth and Stravinsky’s Trois Mouvements de Petroushka.

“When I first heard her play, I was so impressed with Clare Hammond that I was determined to invite her to perform Ely during the Festival season,” says Isle of Ely Festival chair Sheila Friend-Smith.  “We were delighted that not only did she accept our invitation to do so, but is performing to raise money for the Festival.”

Flora and Fauna will be held in the South Transept of Ely Cathedral at 7.30pm on Friday 6th July. Doors and a Pimms Bar will open at 6.45pm.

Tickets can be obtained from Ely Cathedral Box Office and cost £15, or £5.00 for under 16s. All seats are unreserved.

The concert forms part of and raise money in aid of the Isle of Ely Arts Festival, which began on 8th June and runs until Saturday 7th July.

The Festival includes music, art, poetry, dance and drama all over the East Cambridgeshire area and is overseen by Babylon Arts.

Further information can be found at www.isleofelyartsfestival.org.uk.