Tom Reilly, from Drogheda in Ireland,  first contacted Ely Online around 15 years ago after he had just completed his first book about Oliver Cromwell entitled “Cromwell, An Hounourable Enemy”.  Tom’s latest book, released in August, is called “Cromwell was Framed” and it exonerates Cromwell from all accusations of war crimes in Ireland. Tom maintains that Cromwell was the victim of a serious miscarriage of historical justice. Tom recently contacted Ely Online again. This is what he has to say: 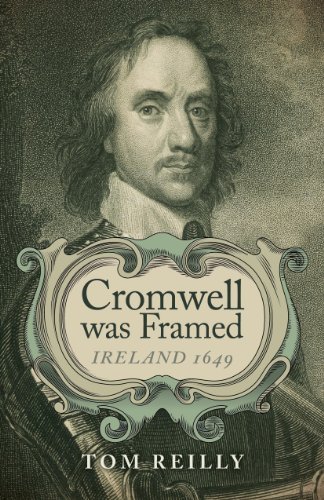 About 20 years ago I stood in the serene grounds of St Mary’s Church, Ely drinking in the view of the rear of Oliver Cromwell’s house. I imagined him standing there, in the 1630s, looking out the kitchen window at the ecclesiastical scene that dominated his view, and I began to wonder. I was born and reared in Drogheda, Ireland, the scene of Cromwell’s most notorious and dastardly deed. Like schoolchildren are today, I was taught that he killed the entire population of my home town, old men, widows, shopkeepers, teenagers, toddlers and babies.

It was summer. The pastoral scene in the beautifully manicured churchyard, with the rustic tiled roof of Cromwell’s house sweeping low towards the ground, and the tall brick chimney rising up in the opposite direction in the air. Just for a moment I was back in the 17th century. I was in Oliver Cromwell’s world, well, as close as it is possible to get to him. He lived here. He walked on this very hallowed ground every day. He ate, slept and drank in this little unassuming street in Ely. Who was this man really? Why did he come to my town to kill everybody? What possible circumstances could have made this gentleman Cambridgeshire farmer turn into an unarmed man, woman and child killer that would make my fellow countrymen hate and despise his name for ever more?

Twenty years later I have now discovered that Oliver Cromwell did not do these things. Yes, he came to Drogheda and a massacre ensued. But it was a battle in a war. He did not deliberately touch the hair on the head of any innocent civilians in Drogheda, or indeed Wexford the following month. He committed no war crimes. He has been the subject of a vindictive and prolonged smear campaign and the victim of a dreadful miscarriage of historical justice.

I am now hoping that common sense will prevail and that, we, the Irish nation should apologise to Cromwell, and his family for blackening his name over the centuries. He didn’t do it. End of.

There were several things that made me suspicious about the veracity of these stories of civilian atrocities. One of the first things I did was to check the Drogheda municipal records from 1649. And lo and behold, there in full living colour are the names of hundreds of local people who survived the siege of the town unscathed. So it wasn’t the entire population then…?

Then I began to read up on this ogre Oliver Cromwell. That was easy because there are upwards of 5,000 books

written about the man and his times. However, it was Lady Antonia Fraser’s tome Cromwell, Our Chief of Men that revealed the true personality of the man. Here there was no evidence of a liar and a murderer of innocents. Here was no evidence of a brutal callous, inhuman monster. Here there was plenty of evidence of a deeply religious man (like most other people living at the time) who was upright, honourable and extremely principled, with a lofty moral threshold. Oftentimes throughout his life he displayed revulsion when he heard of indiscriminate massacres of civilians anywhere. It was almost impossible to reconcile Lady Antonia’s Cromwell to the one that was supposed to have wiped out my ancestors and those of all of my neighbours. Methinks something in the State of Denmark stinks.

There was nothing for it but to continue to investigate further. Soon it became apparent that of all the people who were in both Drogheda and Wexford (where 3,000 and 1,500 civilians respectively were supposed to have been slaughtered) there was no eye-witness attestation that provided the details of civilian deaths whatsoever. This was huge. The more I dug, the more obvious it was that royalist propaganda, the Restoration and the Irish nationalist writers of the 19th century were responsible for creating and prolonging the civilian atrocity myth.

Then in 1999 I published Cromwell, An Honourable Enemy, which was my first ever attempt at a historical narrative. For the first time ever Cromwell was being exonerated of war crimes. Many accepted my evidence, but naturally many others didn’t. In Ireland the book was almost universally dismissed. In Britain there was a much warmer reception to it. But because I was an amateur historian most of the Cromwell experts took a wide berth of my assertions and refused to align their views with mine. Cromwell was a murderer of innocents. Full stop.
And so in the intervening 15 years many historians ventured into print to dismiss my theory. But so far there has not been one serious or meaningful challenge. In my new book Cromwell was Framed (out in August 2014) I take these

historians head-on and blow their rebuttals of my work right out of the water. I have destroyed their inept attempt at perpetuating the myth that Cromwell engaged in the deliberate slaughter of Ireland’s innocents. He didn’t. I have done nothing but evaluate the primary source documentation and I have published these documents for all to see. It’s all lies. The historians got it wrong. Touché mes amis. Revenge is best served cold.

And so the next time I come back to Ely (later this summer) I will stand in the grounds of St Mary’s Church where the gravestones of yesteryear stand erect along the perimeter walls, and I will once again contemplate Oliver Cromwell the man. I will imagine him staring back out of the kitchen window at me after a day in the fens, or collecting tithes on the green outside his house. And I will hope that he sees the man who has rescued his reputation from the quagmire of history. And most poignantly, as we exchange glances, I hope that he realises that I am from Drogheda, the place from where the erroneously reported events that destroyed his good name emanated. And then I will mouth the words, ‘Sorry Oliver. We’re so sorry.’ and I will await his reply…

is published by Chronos Books and is released on 29th August 2014. It is currently available on Amazon for pre-order: 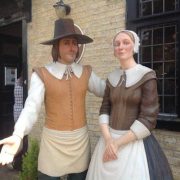 How did Cromwell change our Easter traditions?