What it means to be American

You are here: Home1 / Contributors2 / What it means to be American

What it means to be American (historical article by Anne DeBondt) 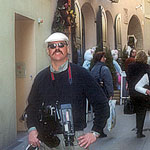 I recently found this article by an American author – here’s an excerpt – and I thought only I felt this way! Enjoy!

First things first, my name is Les, and I am an American.

I am planning a trip to the UK. I say UK, because I have recently discovered that a journey to England would not include Ireland or Scotland. However, I am not certain if I would be visiting Wales. Is there such a place as Welshland? Here is my problem. I had the social misfortune of being born and raised in the United States.

We Americans view the world through our USA rose-colored glasses and with our abundant American-egos. We see people driving on the wrong side of the road. We want to come over and demonstrate upon which side of the automobile to position the steering wheel. We want to explain that it is uniquely correct to chill your beer in the fridge. And isn’t a bubbler a porcelain personal hygiene appliance designed to sit next to, what is it, the loo? We want everyone to be blissful and correct, like us. Apparently we are the only society in the history of mankind to have ever achieved this state. We can fix everyone’s flaws. Or similar silly nonsense such as that.

In light of my imminent travels, I have made a genuine effort to “smooth” my Americanism; to learn about other traditions and be capable of experiencing the richness of other cultures. These cultural experiences should be unspoiled and as unaffected by mine as much as possible. I don’t wish to travel abroad and Americanize everything. If I desired such adventure, it would be less costly to head for Detroit, Los Angeles, or even Chicago.

I watch a TV programme called “The Amazing Race” – a show that puts teams of two Americans into difficult and challenging situations in far away lands. Then it records the “gentle” ways Americans handle these trying moments. This show is exceptional it its ability to provide a detailed display of just how intrusive some Americans can be.

I have seen my fellow countrymen race about the world and have confirmed the reason why certain peoples want to shoot at us, desiring to cause us harm. Sometimes I myself desire to cause us harm.

We, as individuals, have a deserved reputation for heavy handed, flat footed, insensitive trampling of other people’s customs and cultures. It has nothing to do with US military might, political mumbo jumbo, or altruistic attempts to help the world. On more than one occasion in the show my English speaking counterparts, frustrated with the language barrier, were asking, “Where did all these foreigners come from?” And while obnoxiousness, grouchiness, and rude characteristics are universally understood, I feel relieved when the local citizens encountered in those countries do not know our language.

These people, the Americans of course, are completely ignorant of their ignorance. They are offensive without even trying. They step heavily, unaware of that upon which they may be stomping.

And herein lies my dilemma. I question myself. What if it isn’t arrogance, but ignorance? What if it is a type of cultural blindness? What if we, meaning I, can’t help it because that is our/my, culture – or lack thereof? I know better than to think I can waltz into a new land and command the local social graces. But I also tend to believe I can do a reasonable job at keeping the peace and not offending every man, woman, child, and pet I encounter.

Yet I must wonder if this is true or if my American upbringing tells me that I am fine, I will be correct and everyone else is doing things all wrong. What if, in my exhilaration to see new places and feel new things, I become the cultural “bull in the china shop?”. Does my American title automatically create an environment of cynicism? Is any social blunder considered inexcusable or dismissed as, “an American idiot (as opposed to merely an idiot)?”

I am afraid I may go to a Pub, or to a park, or to whatever a Shire is, and make the Grand Canyon of Social Faux Pas. (The Grand Canyon is a giant hole in the Earth here in the South-western United States – but EVERYBODY knows that.)

Perhaps I should travel as a Canadian – wear a red maple leaf and finish sentences with, aye. “Good day, aye? Is anyone aiming to shoot Kanucks, aye?

Brace yourself England, the American is coming!