The Best Sports Athletes to Come Out of Ely

You are here: Home1 / Informational2 / The Best Sports Athletes to Come Out of Ely

When you talk about the beautiful scenic city of Ely few people think ‘sports’ with things like Oliver Cromwell and the Poet’s House hotel and restaurant stealing focus.

There have been a few big names that were either born in the city or that have spent a big chunk of their formative years there though. Sure, Ely may have not raised one of the top NBA point guards or a Premier League winner, but there are a few names worth mentioning in the city’s sporting hall of game.

Here we look at five of them with our take on the best sportspeople to have come out of Ely.

There is one reason why Ken Wallis only ranks last in our list of the best sportspeople to have come out of Ely; that reason is because some people might not buy into his achievement as a sporting feat. Wallis, who served in World War Two, went on to work in the field of autogyros.

From there he reached new heights as he set a whopping 34 World Records in the field of autogyros. Many of them were eclipsed in his lifetime but eight remained when he passed away at the age of 97 in the Norfolk town of Dereham in 2013.

Che Wilson isn’t exactly a household name but the Ely born and bred 42-year-old did have a very respectable football career. The biggest club he played for was undoubtedly Norwich City, who have recently won promotion to the Premier League, but his best spell came with another of East Anglia’s professional sides – Southend United. With the Shrimpers, he formed part of the side that won back to back promotions from League Two to the Championship.

Aside from representing those two teams, Wilson also spent a big chunk of his career with Bristol Rovers before coaching Ipswich Academy. Nowadays, he is Head of Football at Bath university.

Goldie Sayers was always destined to do something in sport; the King’s School attendee excelled in a number of events as an adolescent starring at county and national level. In the end she settled for the rather quirky choice of being a javelin thrower but it’s fair to say she made the right choice. Her ability and mentality combined saw her captain team GB at youth level whilst her individual career kicked on well into adulthood.

Sayers won bronze at the Beijing Olympics in 2008 with a British record throw of 65.75m. Later that year she followed up that bronze with Gold at European Cup of Winter Throwing. Heading into London 2012, Sayers was a real medal hope but injuries meant things never worked out that way. 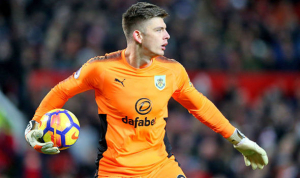 The penultimate name in our list of the best sportspeople to come out of Ely is Nick Pope. He happens to be another student of King’s School after being born in Soham. The goalkeeper started his journey to professional football with Ipswich Town but dropped into non-league after being released at 16-years-old. Pope showed a resilience though and after working his way through eight different teams found his way to Burnley. Despite not playing behind the best defensive players in the world, with the Clarets Pope has not only established himself as one of the best goalkeepers in the Premier League but has even won England caps.

It was always going to take a big name to knock an England international footballer off the top of our list of the best sportspeople to have come out of Ely and in Clive Woodward, goodness me, do we have a big name. Woodward could easily be lauded for his rugby playing career as he, like Pope, represented his nation alongside having a decent pro career.

That alone would have seen him featured in the top five but the fact he went on to coach his country means he’s head and shoulders the best sporting person to come from Ely.

Of course, those who know of Woodward will know that he wasn’t just a manager for England; he was the manager that delivered the team the Rugby World Cup back in 2003. It’s quite possibly a sporting achievement that will never be topped by someone from Ely.

There you have it, the five best sportspeople to have come out of Ely. Did we miss any? Let us know in the comments below.

How to Improve Your Company’s Kerb Appeal