You are here: Home1 / Contributors2 / In The Hood 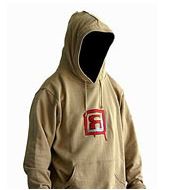 I have a confession to make – I wore a hoody! In fact, I wore one all day long to protect me from the rain and wind while out shopping – completely forgetting, mind you, that such an item of clothing – regardless of the weather – is now considered to be the uniform of criminals!

However, despite my forgetfulness, I still noticed that I was stared and glared at.
In my ignorance I thought perhaps the peculiar attention was due to me wearing a jacket while everyone else was in shorts, tank-tops and flip-flops. Or, I supposed that maybe I looked odd because I was also wearing sunglasses. Or possibly it was that the onlookers were jealous that I had predicted the weather better than they!

I actually managed to wear the damned thing without ever once succumbing to the urge to spit, swear or cause a nuisance to fellow pedestrians.

Anyway, not until I returned home and happened to catch an item on the local news did I realise my boob. I had inadvertently donned the costume of the troublemaker. I had unintentionally made myself into a gang member by covering my head in a hoody. I had joined the ranks of the miscreants!

But shocking though it may seem, I actually managed to wear the damned thing without ever once succumbing to the urge to spit, swear or cause a nuisance to fellow pedestrians – not to mention, I also kept dry.

Yet what really makes the entire event so absurd is not that I survived without being lynched for my oversight, it’s that, despite my age (lets just say I’m old enough to be a grandmother), I was still treated as though by simply wearing the innocent item of clothing I had wilfully sided with the hoods, the delinquents, the felons. No one took into consideration that I might just be someone who owned a hood for practical purposes and chose to wear it. Not even my obvious age afforded me absolution.

The moral of this story; Maybe it isn’t the clothes a pain-in-the-ass wears. It isn’t the tattoos, the colours, the backward caps or the multiple piercings that makes a youth a reprobate – ever thought it might just be the person themself?

6 Steps to a Healthier You Step-by-step guide: Getting use from your summer house Scroll to top