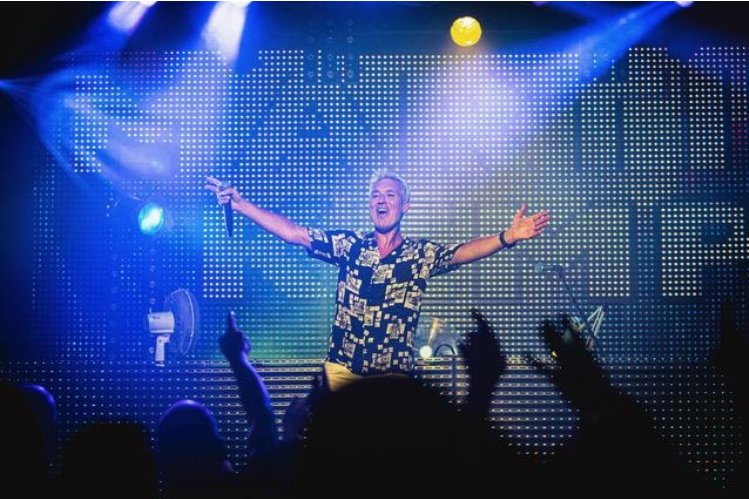 Martin Kemp’s ‘Back To The 80s Party’

Spandau Ballet star ‘Martin Kemp will be bringing his show back to The Maltings, Ely

The actor, musician, producer and DJ will be taking to the decks, spinning all the best of the hits from the 80’s, presenting one of the biggest 80’s nights to hit the region this summer.

Are you ready to party? This 80s night is selling out across the UK! Dust of those dancing shoes, spread the word far and wide that we’ll be turning the clock back to the 1980s for a very special night at Ely Maltings.

As the hit maker behind ‘Gold’, ’True’ and countless other classics, it’s safe to say Martin is something of an expert when it comes to that truly trailblazing decade for pop music. Let him be your guide on a night that promises to play only its very finest pop picks. With a reputation for huge singalongs all night long, this DJ set promises to be the biggest 80s night to hit town all year.

In anticipation of the night, Martin says:

“This show will be a lot of fun and the ultimate return to the 80s. Music is everyone’s life soundtrack and transports us all to the best times of our lives – I think we all need that right now!… Expect one of the most euphoric nights you’ve had since the 80s.”

Alongside his famous role as bassist in the iconic new wave outfit Spandau Ballet who have sold millions of records worldwide, Martin is also a recognised TV personality. Most recently seen on Channel 4`s Goggle Box with his Capital Radio DJ son Roman + Celebrity Island with Bear Grylls, Martin and Roman’s Sunday morning TV show. Martin Kemp continues to have a truly distinguished career. He has also played lead roles in likes of The Krays and Eastenders plus Starring in Gary Barlow`s Let it Shine.

80s fashion for the night is an absolute must, so don’t forget to dig out those leg warmers, shoulder pads and other stylistic stunners that helped you stand out from the pack in that iconic era. Fancy Dress is very much welcome!

With the biggest and best 1980s hits at his finger-tips, join Martin as he trades his bass for the decks at this unmissable show.

Reasons to Keep on Learning in Your Career Scroll to top