E.C.D.C. Clamp Down On Fly-Tipping

E.C.D.C. Clamp Down On Fly-Tipping 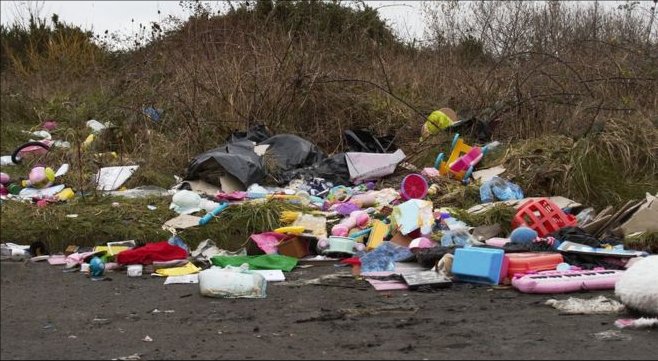 East Cambridgeshire District Council has launched a new campaign aimed at reducing the amount of fly-tipping and littering across the district.

So far, the council has issued a total of 14 fixed penalty notices, with one case forward for prosecution. A further five cases are currently being put together to consider prosecution.

The campaign comes under the council’s wider #BringingTheWasteHome initiative, which has also been used to promote the council’s transfer of its waste services to their trading company, East Cambs Street Scene, and the launch of their second blue bin scheme .

The council will also be using social media to ask residents for help identifying evidence left at fly-tips and providing definitions of what can be identified as fly-tipping and littering, as well as highlighting the different enforcements that accompany them.

The campaign will also educate residents on how to report and gather evidence in a safe manner, as well as advice on what not to do.

“We hope that by taking a firmer approach to fly-tipping and littering fines, people will feel less inclined to damage our beautiful district and instead, take advantage of the various services on offer from the council.”

“We are determined to continue pledging that East Cambridgeshire is a fantastic place to live, work and visit and we’re looking forward to seeing some very positive outcomes off the back of this campaign.”

For more information on fly-tipping and littering, go to our website:  https://www.eastcambs.gov.uk/environment/fly-tipping-illegal-dumping-waste