Tag Archive for: The Battle Of Ely

You are here: Home / The Battle Of Ely 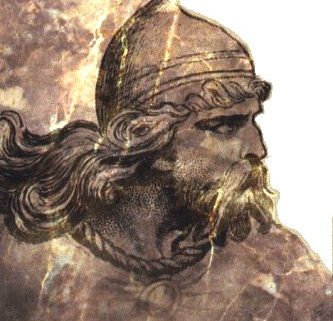 The Norman Conquest of 1066 was remarkable for its completeness. However, the Isle of Ely became what we have come to term a “pocket of resistance.”

It was then that the natural defences of the Isle became of prime importance, and were exploited by the Saxon leader, Hereward the Wake.

Upon his return to the family estates at Bourne in Lincolnshire in 1068, Hereward found that they had been given to a Norman, Ivo de Taillebuis, by William the Conqueror and his brother”s decapitated head had been impaled above the entrance. Hereward became possessed, and was not long avenging the death of his brother. That very night, armed with what he could carry he attacked, and did slay 15 Norman Soldiers and mounted their heads in the place of his brother’s.

After a number of adventures, including the sacking of the monastery at Peterborough, which Hereward did to forestall the Norman abbot Turold, he went to Ely and took command of the Saxons who defied the Normans.

William was encamped with his army at Brandon, but could not find a way through the fens & finding that he could not make a successful attack upon Ely from the direction of Brandon, William moved his army to Cambridge, and tried to gain access to the Isle of Ely across causeways at Stuntney, Little Thetford and Aldreth.

He was prevented from doing so by Hereward and his followers. They exploited the remoteness of the Island of Eels. The Normans would have to prepare wooden rafts to enable a full assault on the settlement. Hereward allowed, even worked on the building of the rafts and bridges only to booby trap them with explosives and weaknesses. Then when the bridges were most full for the attack, Hereward did set them alight.

Many were said to have perished and were taken with fear of the marsh and it’s deadly gumption. 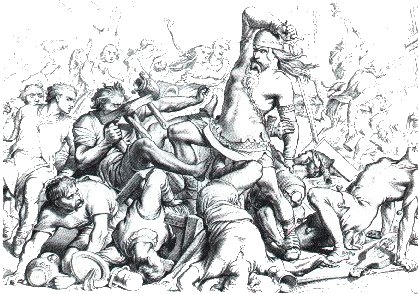 But the Ely Monks were not in full agreement with the Saxon leader Hereward, and William eventually gained access into Ely with the aid of information supplied by the monks of Ely.

Hereward escaped and lived to fight another day… but, in spite the betrayal of their Saxon defenders, William exacted a heavy penalty from the monks and the abbot of Ely. Ely was the second richest monastery in England at the time of the Domesday survey made by William I and pardon was only obtained after making a journey to Warwick, and the payment of a thousand pounds.

It is recorded that in order to satisfy William the monks had to melt down or sell almost all the gold and silver objects in the church, including “crosses, altars, shrines, tissues, chalices, patens, basins, buckets, fistulas, goblets, dishes, and above all the figure of St. Mary with the Child seated on a throne of wonderful workmanship which Abbot Elsin (died 1016) had made”, also four wooden figures of Virgins enriched with gold and silver and precious stones.